This seems a bit odd, but this has been my identity for a long period of time to most people in Chandernagore. In June, 2017 I came across a social media post, looking for local coordinators for an exciting project in Chandernagore for Bonjour India. In my last stint with ATA, I was merely a team member, where Udit da was essentially the Coordinator, this time I was supposed to play that role. I was a little hesitant, wondering if I was ready to take on this responsibility! I gathered my courage and sent my CV and to my surprise I got shortlisted!

Although the workshop was to be between 5th- 12th January 2018, my work began from June. I knew architects work very hard and now I can say they make everyone work equally as much. As soon as I became part of the project, I received excel sheets describing all minute details of day to day activity.

I was particularly interested in one of the events known as “Pop-Up Dinner”, I had no idea what it meant.  I learnt along the way that it was like an impromptu event where where the ladies of Chandernagore would cook some delicacies from their home and present it in front of the judges, in the form of competition.

My job was to mobilize the women of the community to come together and participate in the event. And yes to be able to do this, I was chosen as a “Make Sense Ambassador”, I had the chance to take my first flight all the way to Delhi and attend this training at IFI on how to bring people together. It was one of the most unforgettable experiences of my life and I will forever be grateful to ATA for this! 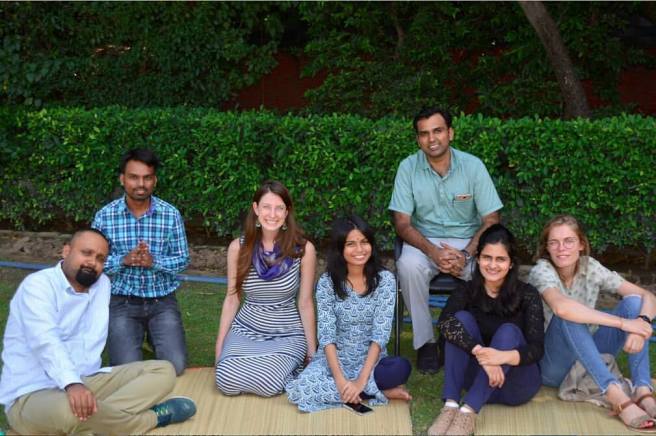 I was lucky that I found Basabi maam as my anchor, she almost became my mashi. She knew exactly how to manage this situation. She started making calls and informing the people about Bonjour India and Pop- Up Dinner. The pace was slow, we’re going somewhere. Due to festivals, examinations and family issues the whole purpose of spreading the news of the event fizzled out. But the challenge remained the same for me, I had to mobilize some fifty women for the event.

Now, the real task began. When I started off we had seven months in advance, but now it was just more than a month. There were a lot of things to be taken care of, but the most important was getting some fifty names for the participants first. We started off, with holding a community gathering, where a lot of people turned up. Met a lot of people for the first time who were very enthusiastic about the whole workshop. Some ladies volunteered for being participants in the Pop- Up Dinner. Through them we got another set of contacts, and Basabi Ma’am was constantly there, adding new names to the list. The first list which was compiled mid- December had only fifteen names; we were running behind time and participants.

We hardly had twenty days left for the event. We started with sharing posts in social media particularly whatsapp and facebook. Entries started pouring in, an interesting part was, first it was mostly for the ladies, but we started getting names of men who were equally interested in cooking. Within five days, I was able to compile a list of thirty four participants. The next mammoth task was selecting and fixing menu. That was a difficult task. Everyone had the own choice and own comfort zone. The WhatsApp group never stopped vibrating, everyone poured in their choices. It was going out of hands. We had to keep a lot of technicalities in mind and move forward.

After a lot of debating and conversation, we came up with a fixed menu. The participants had to fill in their choices on first come first serve basis. A rough work was done. Next was, calling all these 34 participants and finalizing their menu and the number of heads they were comfortable cooking for. At the end of these 34 calls, my ears and mobile used to get heated up. Over these phone calls, where these phrase came, or rather I used to introduce myself as “Ami Paromita bolchi, Pop- Up theke”. For many people, they were not sure, who was I exactly. Two or three people only knew me. On alternate days at a stretch, I used to call them and confirm their items. These went on for few days.

As the big day approached, a new set of problem approached. Some people were canceling, some were changing their menu, doing a lot of things, which I was informed late. In such a situation I was losing my cool. But there were people who calmed me down and supported me for whatever I was doing. Aishwarya Ma’am, Alankrita di and Basabi Ma’am. Less than 24 hours left for the event, some people who knew me, started to scare me about many a thing, started to ask me some questions, which were not a matter of concern for the participants.

Beating all odds, finally, the day arrived. I was a bit apprehensive about the turnout of the participants. But all 30 of them arrived with their finest delicacies. The judges had a tough time tasting all those thirty dishes and marking them. The event was a great success and everyone enjoyed to the fullest. But, sadly due to my ill health, I could not taste such tasty dishes !! 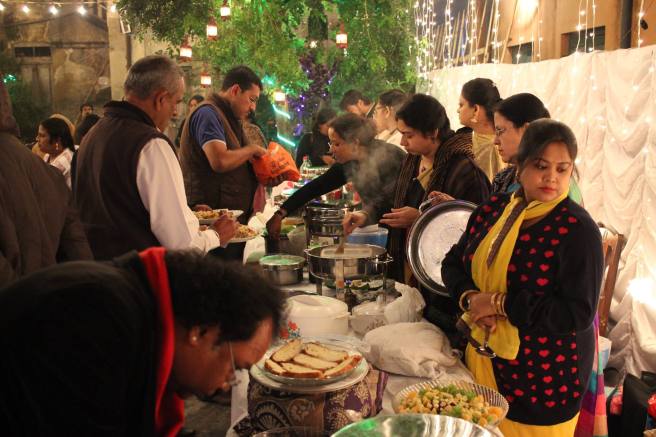 I may not have got an opportunity to thank those 30 participants who had come and had been a part of the event. A big thank you to all thirty of you. And to Aishwarya Ma’am who had the full confidence in me, who knew me better than I knew myself. She has always been the person who has pulled me out of my comfort zone and made me do things, which I have never done before and brought out the best in me always and instilled me in that confidence, which I lacked. Thank you, Ma’am…

Another person who deserves a special person is Alankrita di, she has been such a sweetheart and being there with me throughout this wonderful journey, miss you Alankrita di… 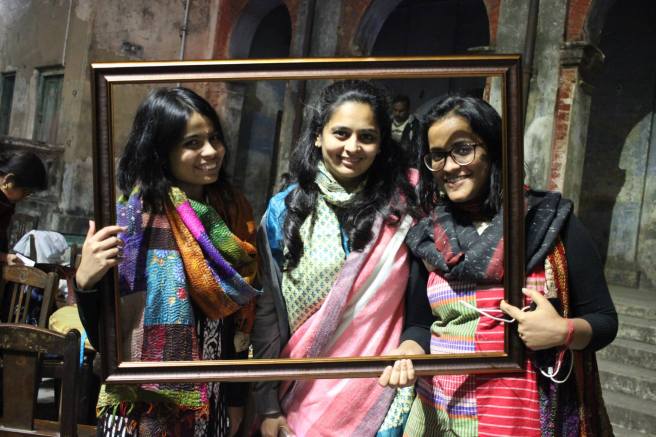 I think I should be given another blog to write about those wonderful people I met through Bonjour India and Aishwarya Tipnis Architects.